Yes, Virginia, There is an Enterprise 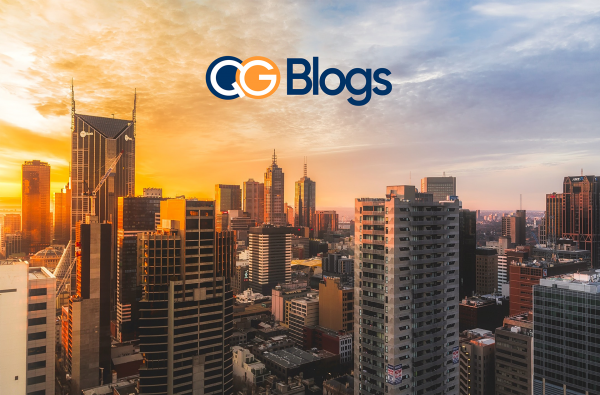 As a response to an inquiry from a young eight-year-old girl named Virginia O’Hanlon written in 1897, The Sun published a heart-felt response. Virginia had explicitly written to The Sun to find out, once and for all, the absolute and honest truth about the existence of Santa Claus. Virginia had been told by her father that “If you see it in THE SUN, it’s so.” Resolute in its position, the editorial affirmed unequivocally that there was indeed a Santa. It was so!

He exists as certainly as love and generosity and devotion exist…

You tear apart the baby’s rattle and see what makes the noise inside, but there is a veil covering the unseen world which not the strongest man, nor even the united strength of all the strongest men that ever lived could tear apart. Only faith, poetry, love, romance, can push aside that curtain and view and picture the supernal beauty and glory beyond. Is it all real? Ah, VIRGINIA, in all this world there is nothing else real and abiding.

It would be naïve for us to continue thinking of Santa as being real in our adult lives. Could we inquire of ourselves as to any other topics for which we might be naïve? For instance, as working IT professionals, are we being too naïve about the existence of the enterprise?

As specialists in the field of data (whether governance, architecture, design, database, forensics, etc.), are we, in fact, holding on to a childish-like faith that the enterprise exists in the way IT would have us believe? Could it be that the enterprise is really some type of made-up Santa Claus—in all this world there is nothing else real and abiding.

Additionally, we could ask ourselves why we fall prey to so many well-told stories.

So let’s pause for a moment and earnestly inquire as to whether or not we are simply being naïve about our long-held viewpoints and interpretation of the enterprise?

The online website Dictionary.com, reveals that the word enterprise is a homonym. Enterprise has multiple definitions and fortunately there’s a definition for a business context: “a company organized for commercial purposes.” In essence, this definition is a synonym for the phrase, business organization. But, in IT, we will invariably use the word enterprise to mean all of the business units within an organization. A variant of use with more than just a subtle distinction.

In thinking about the typical IT practitioners with whom I have worked, especially data practitioners, the term enterprise is always used in an expansive, holistic way to encompass all of the business units of an organization. Furthermore, the term enterprise also takes on the connotation that the organization is particularly large—in both employee headcount and revenue.

It is typical for us to take the plurality (that there are always multiple business units) and want to craft an interpretation that is both singular and cohesive. In doing so, we back into our IT perception of what an enterprise means. Our enterprise becomes a singular, cohesive, and fully operable entity.

The singularness takes on a certain purity: where there is alignment, continuity, and a general absence of friction. Our faith, and by in large our hope, is placed in an enterprise that represents an integrated and united corporate oneness that seamlessly operates as one and only one.

The very nature of how we perceive this oneness is why so many IT data practitioners seek to uncover and develop definitions for the corporate lingua franca that are based on a ubiquitous single sentenced phrase that serves, equally, each individual within the oneness: a definitive enterprise-wide definition. But, unfortunately, the prototypical dumbed-down phrasing of the enterprise-wide definition is often the culmination of an exercise in futility. All too often, definitions that are intended to serve everyone, end up serving no one (outside of IT).

Through the lens of the perceived oneness, data architects and data engineers pursue solutions that can offer end-users with a singular enterprise-wide source of truth. However, these end-users are invariably business unit aligned and are not automatically aligned to the enterprise by de facto. In a world that is starting to recognize individuality and the hyper-personalized needs of the consumer, little is ever done by IT, outside of a security profile, to recognize the hyper-personalized needs of the end-user.

Many data governance practitioners march in accord with their fellow IT practitioners to uphold the ideals of a mythical singularity in the pursuit of excellence: to offer a best practice. IT aligns itself to its own concept of what an enterprise should be and not to the realities of the enterprise within which they work and function.

Ask yourself, how many times have I heard someone echo the sentiment that our job should be to align IT to the business? Perhaps, you too have made such an utterance? It’s the very nature of IT practitioners to root themselves in a view of the enterprise that is seamlessly unified instead of one that is able to see the enterprise as an amalgamation of siloed business units. The desire to align ourselves to the business should be anchored in seeing how the enterprise is actually set up and not as to how we imagine it was set up. An intent to align ourselves with the enterprise is rhetoric for fostering misalignment: one that serves to create friction between IT and the business.

IT wants to believe that the enterprise is singular. Moreover, that each of the participants within the enterprise are fundamentally altruistic. However, the very nature of the modern organization is that it is based on specialization and through specialization, that organization is inherently siloed. Each silo creates a set of motivations and behaviors. Each silo, motivation, and behavior is primarily based on the survival of the business unit and secondarily for the survival of the enterprise. Is that not the case?

These silos are fundamental and necessary. These silos are, in part, a best practice. It’s the nature of the silo that affords specialization, flexibility, performance, and efficiency.

However, IT doesn’t intrinsically accept that silos should exist. After all, the creed of IT is to align with the enterprise and to eradicate the silo. Part of the realization in the siloed organizational nature of any enterprise is that each silo gets to establish a set of motivations and behavioral patterns to further support the silo. While some overarching motivations will transcend each of the silos, they are more akin to acceptable social behaviors within a society: don’t spit on the floor at your desk (office or home)! So, there is still plenty of room for maneuvering around and developing silo-based conventions.

Each silo within the enterprise is given a lead (perhaps, a vice president or a director). That lead may or may not play well with other silo leads. Thus, we give rise to the stereotypical 800-pound gorilla or, perhaps, there are those silo leads who seek to establish a fiefdom within the corporation. These are behaviors that distort the singularity of the perceived enterprise that is held by IT.

Furthermore, each silo lead is more than likely to subdivide their own silos into further sub-areas of specialty—creating even more silos and more opportunities for additional motivations and behaviors. All too often, sub-specialty silos aren’t as neatly compartmentalized as we would imagine. Internal conflicts of one type or another permeate and can simmer just below a boiling point until the next reorg or even into perpetuity!

Over time, those that operate or lead a silo may seek to transcend the original charter of the silo. Think about the number of silos (business units) that you’ve heard about that have gone on to create a shadow IT department. I very much doubt that this is a novel concept for which you’ve not been previously aware. Yes? And, IT isn’t the only capability upon which a silo will attempt to infringe.

The modern business side of the organization is not without friction. And for the most part, the friction won’t ever rise to the level where a business implodes. The business may divest or reorg, but it won’t fully implode. Unvaryingly, because of various forms of friction, a business’ operation is going to be sub-optimized in the context of an enterprise. Removing friction from the business is not easy, and thousands and thousands of books and articles would attest to that fact.

The friction means that the enterprise exists, but it’s not operating as the oneness that IT perceives and ultimately believes exists. Instead, the modern, large, business organization is a blend of both dependent business units and independent business units that co-exist within and across a complex ecosystem. Invariably, the ecosystem itself, will transcend corporate boundaries bringing further into question what is the enterprise?

Being able to architect and govern for the modern-day enterprise, IT must learn how its enterprise functions and behaves. Alignment needs to be towards supporting the [organizational] silo and not disarming it or causing further friction. The bane of IT is the silo, and yet, the enterprise is at its simplest, a conglomeration of silos—some interoperate better than others, some compete, and some, at times, are just dysfunctional.

Ultimately, Virginia, there really isn’t an enterprise. At least not one that is perceived through the IT viewpoint. While it exists in name, it’s just not quite what we had thought it was. And that was the point of The Sun’s editorial on Santa Claus… Santa Claus exists, but not in the way we imagined.

What is the Quality of your Data Quality check?
June 8, 2022

Answers to the Three Most Common Questions About Data Lineage
February 18, 2022

Toward Self Service Analytics
November 16, 2021

Measure that matters most: How to Define and Measure the Success of a Data Catalog Platform
November 11, 2021